Ok, so I don't want to get too heavy or anything, but there has been a reason for my lack of posts in the last week.  One of our beloved cats died a week ago.  Zevon (pronounce it Zeeee-Vaughn) was a huge bad-ass and inspiration for some of my work, specifically my recent foray into the cat designs.  He was a barn cat that we brought home after my aunt's wedding in the country, along with one of his littermates and three other kittens from another litter in another barn.  I kept one of those, too--a Maine Coon mega-cat I named Clover.

This was 2003...I had my own apartment, was a junior at KU, and working as a server at a restaurant on Massachusetts Street (since closed).  I brought them home on Halloween and started my new life as a Person With Cats.  They were so small and puffy and adorable, it was painful to leave to go to class or work.
﻿
So sweet!  Glad I had an English class that semester.  Their ability to weigh me down with cuddles really helped me get through all the books I had to read.


My best friend was a photography major and I took full advantage of her skillz and my lack of money to have a family photo session.  I gave the pictures as gifts to my family for Christmas, because obviously.﻿﻿﻿﻿﻿
﻿

So he began filling out a bit, his stripes started to come in...
The summer of 2004, before this kiddo even turned one year old, his health problems began.  I noticed some scabs that seemed weird on his nose and ears.  Long story short, he was diagnosed with pemphigus.  Nothing we couldn't handle, just some steroids for the rest of his life every night before bed, no bigs.

And THEN, the last week of my college career (except that pesky last class I had to take over the summer), he broke his hip.  Out. Of. Nowhere.  So...they removed the head of his femur, which would naturally replace itself with scar tissue over time.  This surgery all happened when I was visiting my sister in D.C. with my now-husband, Sean.  Awesome person and inspirational artist T.J. took care of him during this time, doing physical therapy with him and taking him to vet check ups while we were gone.﻿﻿
AND THEN IT HAPPENED AGAIN, six weeks later, to the other side.  By this time Sean and I had moved in together and I was taking that last pesky class.  The vet said that it was possible that it could happen again, and I was all like, "Psshht, naw."  Turns out it's some sort of syndrome that indoor, neutered cats under age two experience sometimes.

So, we all got over that and continued on with our (nine) lives.
Sean and I moved to Kansas City and I began making art.  Zevon was right there with me the whole time.  I think for a while the only thing I had on my first website was a picture of him sitting among the vinyl on my work table.  Always a great combo: sticky stuff and cat hair.

Fall of 2012 I started drawing in my little wonky way.  I didn't want to be the Person With Cats who was also the Person Who Makes Cat Art, but after all these years and cats I decided to just go ahead and do it.  I needed a new cat shape from the ones I had been drawing (classic domestic shorthair, basically) and then looked over at Zevon...Well, he's a pointy-er shape than what I have, let's draw him!

Around the same time I noticed he was acting a little weird, then really weird--hiding, not eating.  After a very dramatic morning vet appointment, then a rush to the emergency vet, and lots of tests, it turned out he had some advanced autoimmune disease that they couldn't quite pin-point (also, usually a dog problem, apparently).  They shaved his tummy for a sonogram and his shoulder for a biopsy to rule out everything else, and after getting some meds and whatnot, he was back home and full of beans.
Throughout the winter his numbers (platelets, etc.) were up and down.  We adjusted his meds, kept adding more and trying new stuff, but the trend was down overall.  Every morning when I woke up with his stinky breath in my face I saw it as a gift.  I took many opportunities to snuggle and kiss his sweet face and pat his tummy (it was a great drum, especially after a meal).

He started doing this hilarious thing where he'd fall asleep on the back of the couch so deeply he'd roll right off.  When he hit the floor, waking up, he'd just walk around like nothing happened.  "Nothing to see here, I totes meant to do that."
His quality of life was good up until the end, with only the last day being a bad one.  It was the toughest decision of my life, saddest day of my life, but it had to be.  I hope by sharing this I'm able to connect with those of you out there who have had to say goodbye to a loved one.  Also, if you get a diagnosis of pemphigus or another autoimmune disease, know that your sweetie can live a long and happy life, enriching yours for a long time.  There's new scientific discoveries everyday!  Chin up!
Squeeze your babes extra tight for me, ok?  The love of an animal is so special...

Thanks, everyone.  And remember, have your pets spayed or neutered!
﻿
Posted by Desiree at 7:02 PM 2 comments:

Made It: Green Egg Clock

Here's another custom clock...an unusual request, which I love.

"Something off the wall...like a green egg with white & yellow yolk coming out."

I was able to play around with one of my new phone's drawing apps. (A smarty-pants phone!  Hello, 21st century!  It's a big deal for me, I'm still excited about it.)  Thanks to a long stint in a waiting room, I was able to take some time and draw up the first sketch for this idea.  But since I didn't have an egg to break open and my memory bank is full of other things, I worked off this image:

Here's what a little screen and a stylus will get you:
I knew I'd have to hand-cut this thing to get it right, but to get a true grip on it I always have to do a little bit of actual pencil-to-paper drawing first.
This lead to some free-styling and digging through my smallest scrap box so I could play with both opaque and translucent vinyls.
Add some numbers, and here's a clock that is 100% one of a kind, never to be duplicated exactly the same way, and a great addition to a cool kitchen.  Thanks, Shawna from Oklahoma, for pushing me to use brain muscles I haven't used for a while!
Contact me anytime if you want a super weird/awesome piece of home decor made just for you!  Or, if you're cruising Etsy, I'm there, too, as always.
Posted by Desiree at 12:51 PM 1 comment:

Email ThisBlogThis!Share to TwitterShare to FacebookShare to Pinterest
Labels: behind the scenes, clocks, custom orders, eggs, made it, Oklahoma

Made It: Custom Union Jack Clock

After the Oklahoma City show, I came back with some requests, and I will be posting some of them and the process here in the next week or so.  Today: The Union Jack Clock.

I decided it would just be easier to make this by hand than try to draw into the computer and have my robot-powered blade cut it all out, plus that would have caused problems with transferring the vinyl to the aluminum.  (I'm not going to go into details, just believe me, old-skool hands-on was the way to go here.)
I have about ten different colors of blue and red, so luckily my client gave me an idea of what hues she wanted.  Classic scheme.


This is how I get my aluminum blanks from the fabricator.  There's always some industrial grease or residue, so a good alcohol wipe-down is always the first order of business.
I have a super-secret way of applying my vinyl to the aluminum so it's not bumpy/bubbly.  It DOES NOT involve a complicated recipe of water and rubbing alcohol.  No way.
I'm sure there are more efficient, professional, and technical ways of making a template for a design, but this is how I did it.  My house, my rules.
More of the same...and, as it turns out, that parting gift of a paper weight from the University of Kansas School of Fine Arts really comes in handy in my line of work.
This transparent backing was behind some vinyl I used in another project.  It allows me to piece together everything on top of my template before transfering it all to the aluminum.
I peeled off just enough of the backing on the vinyl pieces so it would stick to the temporary backing in the appropriate places.
This magical product is sort of like masking tape but not as harsh and twice as awesome.  I can pick up the whole layout at one time and place it on the aluminum.  Then I peel off the remaining backing from the cut pieces and stick it down in a gingerly, loving manner.
So it's all together, I just have to add the mechanism and hands.
Another new technique under my belt.  Thanks, Katie from Oklahoma, for the great project!

Email ThisBlogThis!Share to TwitterShare to FacebookShare to Pinterest
Labels: behind the scenes, clocks, custom orders, made it, Oklahoma, Union Jack

I made some new clocks...thought I'd post 'em.  They'll be up on my Etsy site by the weekend, or you can see them at MommyShop.  Better yet, come out to the Liberty Arts Squared show in Liberty, Missouri, at the end of the month, if you live 'round the Kansas City area.

Posted by Desiree at 9:03 PM No comments:

Email ThisBlogThis!Share to TwitterShare to FacebookShare to Pinterest
Labels: clocks, made it, shows

Made It: In the Middle of the Night

Awake since 3 a.m., out of bed at 4, playing around and trying new things on the computer.  I'm thinking about making some printed cards, which is a little scary for me since I only ever have made everything by hand.  But cards take a long time--almost as long as a mini clock if I really get into it.  This could open up new avenues for me, and that's exciting.  I think using this "bonus" time frees my brain up enough to try new designs.  Daytime is for deadlines; nighttime is for dreamin'.

So...here's some stuff.  Scanned fabrics from Retro Ranch finds.  You could even buy some of these fabrics if you wanted.  They live on in digital perpetuity here in my home. 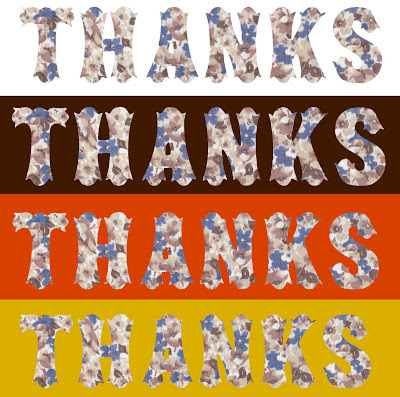 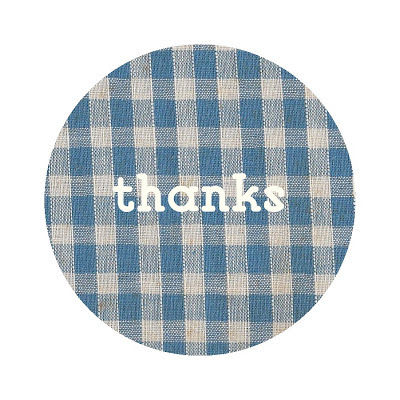 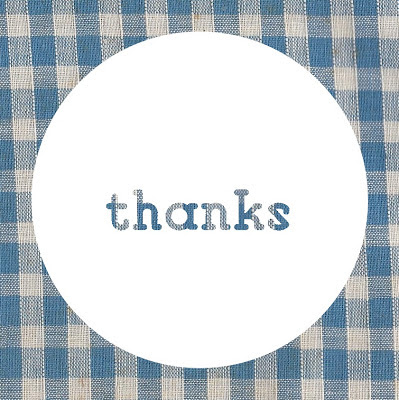 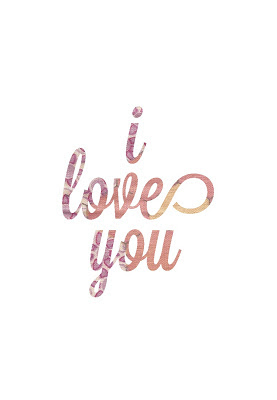 It's 5:30 a.m. and I'm heading down to the farm tomorrow--I mean today--to visit family and check out the asparagus, if the FREAK SNOW IN MAY didn't damage it too much, so I'm off to try to sleep.  Maybe this cleared my brain a little.
Posted by Desiree at 3:34 AM No comments: