Friday's weather was beautiful, finally, and, although I should be focusing on making work for a big big show I'm hoping I get called off the waiting list for in a couple weeks, I decided I just had to go picking. Soon the mosquitos, ticks, wasps, bees, and snakes are going to come out with a vengence, not to mention the poison ivy. Even though I've been taught a thing or two by that angry, itchy mistress, being able to recognize her isn't one of them.
So, I hit four of the seven shed/barns, and found some good stuff. This week was mostly about coffee cans, but there was a good showing by pulleys, glass bottles, building components, and a few family letters. 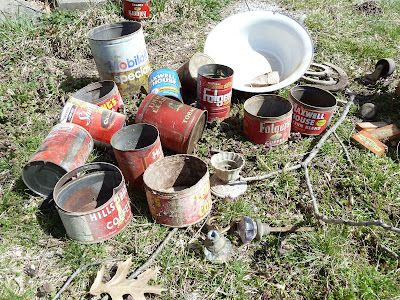 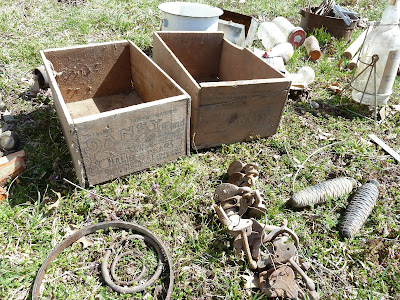 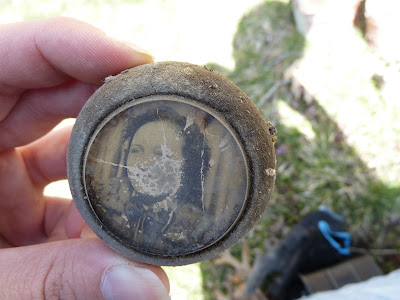 Super farm fresh coffee cans with lots of dirt and age, wooden boxes and weights in the shape of pine cones (what?), and this really cool replacement shift handle with a picture of a cool lady in it, probably one of my great aunts.

There is so much more from this trip, but I'm going to wait to parse it out. Gotta pick my battles. Next week is about making!